Several of the Minnesota Vikings have been to our facility to play paintball. They’ve made it an annual event. Even Victor the Viking joined in the fun.

David Beckham took his son and some friends out to Hollywood Sports Park in California to celebrate his son’s 13th birthday. 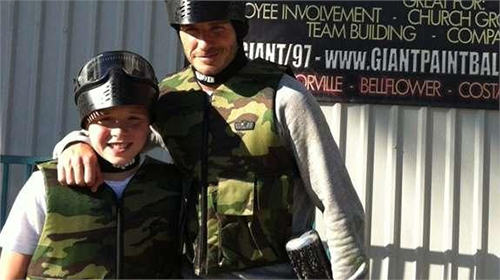