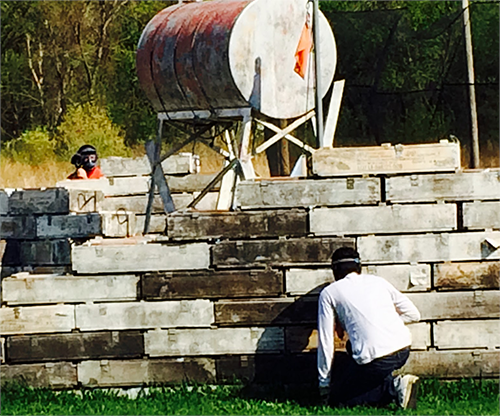 Our refs have many different paintball games to play. Games vary from simple elimination to more complex games that require teamwork. Here are some of our most popular paintball games.

Players are divided into two teams. The two teams start at opposite ends of the playing field. The object of the game is to eliminate your opponents before they eliminate your team. A player is considered eliminated when a paintball breaks on them, leaving behind a paint mark.

These are just some of the different paintball games that can be played during your paintball session. Each of our refs knows a wide variety of games that they can put together for your group. If there is a particular game you would like to play, just ask your ref. They will be happy to set up the game for you.